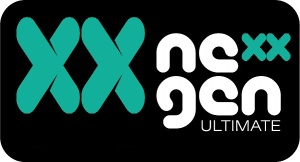 The Nexgen Tour has emerged over the past two years as a household name in Ultimate. Aside from winning the Callahan, it might be the best way for Ultimate fans to find out who you are. Taking a cut of some of the best Open college players, Nexgen travels the country playing elite club teams, filming and streaming their games in high quality video. In order to make the team more fun for the fans and expose more players to the masses, they tend to pick from teams around the country. They also add an international player and usually someone from a smaller school who was maybe overlooked during the season.

What they don’t have is a Women’s tour. This isn’t really about that, because I’m not here for that argument. This is about, if they did – and I could totally see Without Limits joining forces with them to try and make this happen – who would be on it? Which 15 college women’s players have the skills, flair, and geographic distribution to form a badass team of collegiate superstars? Here’s my guess at it.

Claire Chastain (UNC-Wilmington) – This was the first person I thought of. There’s some others – who will come later on the list – with arguments for the title, but she may very well be the most exciting player in Women’s college Ultimate. You never really know what’s going to happen when she’s got the disc or when it is in the air, headed in her direction. A full arsenal of the throws that make crowds go “Oooooh” and all the big layouts you could ask for. There’s a reason she was the only active college womens player invited to the Team USA World Games tryouts.

Magon Liu (Iowa State) – I’ve made pretty clear my fandom of Magon’s game. Whether it is on frozen fields with Iowa State at Midwest Throwdown, or in the wind and sun of Sarasota with CLX, Mags is a big play waiting to happen. Her layouts are the ones where you turn to someone on the sideline and go “I didn’t think she had any chance of getting to that.” She’s also got that trusty high release backhand. Yes, there’s definitely arguments for Becca Miller or Cami Nelson, but if you want to leave fans wide-eyed, I’m taking Mags.

Anna Reed (Carleton) – There probably isn’t a more dominant handler in the college women’s scene right now than Anna Reed. With a nuclear-level flick bomb, she can essentially alter the field of play. She might be a robot – in which case, she might not be eligible – but she also just might be a total badass with a disc in her hand. A lot of Nexgen highlights could start her getting a great D, picking it up, and boosting it with gusto.

Lien Hoffman (Northwestern) – Aww man, those first steps are killer. With Anna Reed, Diddy, and company hucking to her, Lien might not be the most exciting player to watch, but that’s because her defender probably won’t be in the shot anymore. Batman-like disappearing abilities aside, Lien is a well rounded cutter, able to hurt you underneath too, and is more than willing to take on the opposition’s top cutter when coming down on the pull.

Michela Meister (Stanford) – The Stanford Superfly superstar seemingly shows sensational skills…ok, alliteration be damned, this is who I’d pick to fight with Claire Chastain for “most exciting player”. And maybe Bailey Zahniser. But anyway, Michela is the “do everything” stud who would probably play everywhere on the field for the Nexgen ladies.

Shellie Cohen (North Carolina) – If you didn’t think Shellie would appear on this list, you’re probably a first time reader. Her play spoke pretty loud and clear at Nationals last year, and she continues her dominance this season. Her tall frame gives her some of the biggest throws in the country, and she’s just as capable of skying for the big backhand as she is putting it up. I’m also thinking she’d be pretty entertaining in front of the camera for nexgen’s segments between games.

Lane Siedor, versatile star of Georgia and Ozone, with a layout grab

Lane Siedor (Georgia) – Did someone order more tall handlers? Well, college handlers, anyway. Lane sees tons of touches in the middle of Georgia’s offense, scanning the field while her mark stalls away in vain. But when I saw her in Sarasota this past year playing for Ozone, she spent most of her time downfield, digging up discs before they hit grass with giant layouts. Poised veteran with the disc, big time playmaker without it.

India Stubbs (Harvard) – We need someone who hasn’t gotten a lot of exposure because their team isn’t on the National scene. Hello India Stubbs. She gives you the name recognition you’d like, carrying the Stubbs-gene, and she’s a very talented player whose experience playing on stud-filled teams (Junior Worlds, Bucket) would let her integrate quickly. You could also try Sasha Bugler from Maryland, who’s a confident break thrower that plays killer downfield defense, or if your heart is set on D3 (like Tommy Li), Claire Baecher from Williams is a hell of a player.

Catherine Hui, suspected teleporter, with a grab at Club Championships, as photographed by Brandon Wu

Catherine Hui (British Columbia) – She may very well be this year’s Callahan frontrunner. Frontrunner is a good term, too, because she’s usually running way out in front of her defender. I’m not sure if she is cutting or teleporting, leaving a comical trail of roadrunner dust in her wake. She was pegged by Skyd as one of the best targets at Nationals last year. No, not college nationals, club nationals. Yeah, she’ll be a highlight reel feature.

Fuguers (Oregon) – Maybe you’re wondering at this point “Uh, where are the players from last year’s college Final??” Well, it is their own fault there’s too many of them. Luckily, Nexgen takes two Oregon players, so we better too. Oregon alone brings Bailey Zahniser, Sophie ❤ Darch, Kimber Coles, Jesse Shofner, and Bethany Kaylor to the table. The first three in particular jump out to me and it is hard to pick two of them. Bailey’s Skyd 5 Callahan candidate selection and penchant to take super aggressive choices should get her a spot, and while my heart – anybody who knows me can attest – would choose Sophie a million times out of a million, Kimber’s fiery and confident style is the kind of personality and player that the Tour could use. Plus, she’s already traveled with them, helping out behind the scenes. Time to get in front of the camera, Kimber. Bailey Zahniser and Kimber Coles, folks.

Sarah Davis (Washington) – The woman known as “CO” is the Callahan nominee from the reigning champs, and their roster is stacked with exciting players. They have four U23 players (Davis, Shira Stern, Alysia Letourneau, and Amanda Kostic), plus Lucy Williams and Barb Hoover are extremely tough matchups. You could get into a bit of  Fugue-ish situation here, but CO is the pick, with her athleticism, pretty puts, and “do anything to get the disc” cutting.

Claudia Tajima (Tufts) – You didn’t think I’d leave out the last Callahan frontrunner, did you? To be honest, I’m a bigger fan of Hailey Alm, and their teammate Emily Shields is pretty awesome, too, but if you want the type of plays that will make Tyler Kinley go “Let’s get another look at that,” then you want Tajima. Another fiercely competitive personality who fears no match up, Tajima has the puts and the defense to fill in nicely with this group.

We leave the final spot for the international choice.

Of course, there will be players I could have chosen, but didn’t. Chelsea Twohig, Sunny Harris, Becca Miller, Biz Cook, Alicia Thompson, and Meagan Cousins fans probably won’t be my friend anymore. But tell me you wouldn’t tune in to see if this squad could beat Fury or Riot?